11 tents set up near Parliament 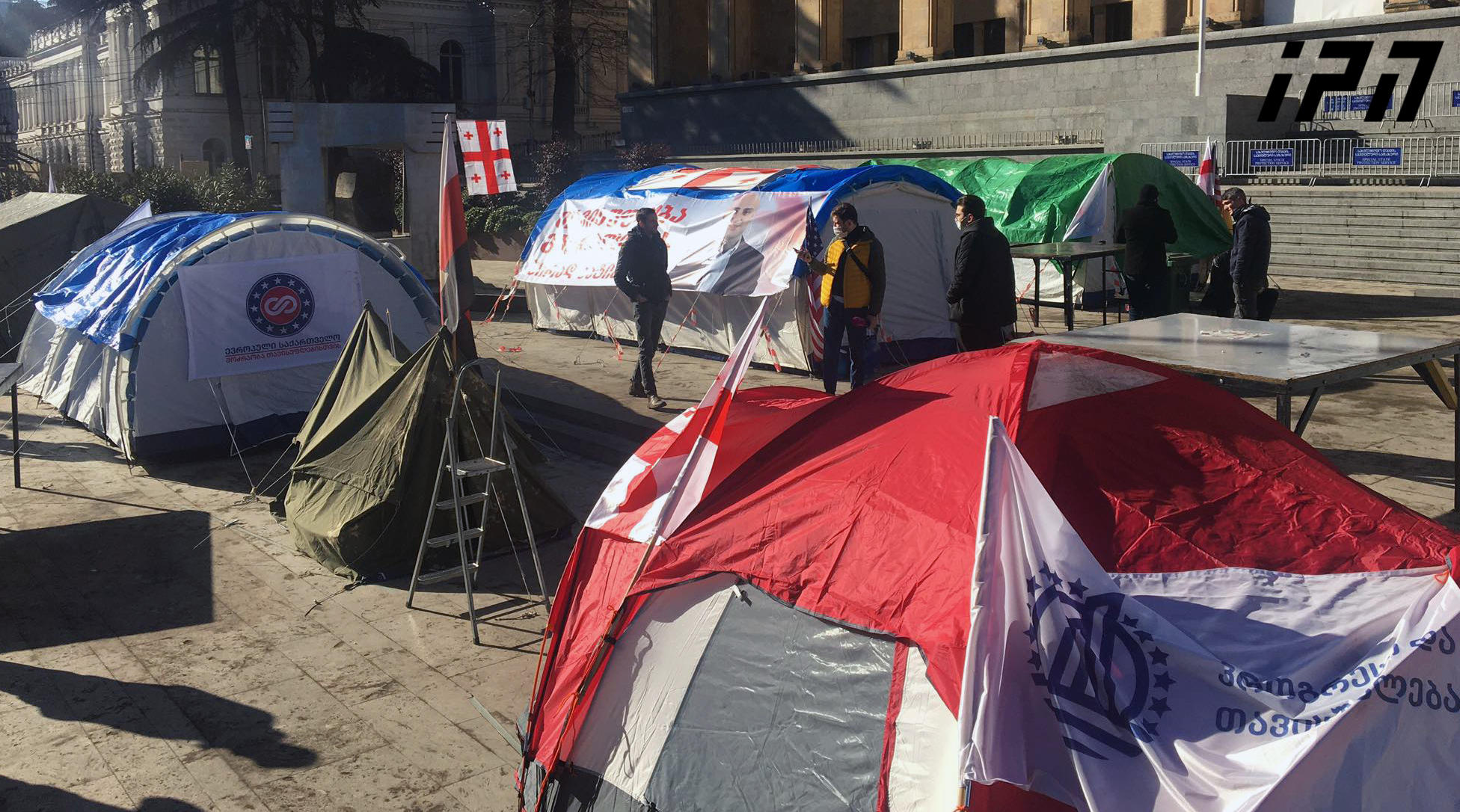 11 tents have been set up near the Parliament. As the citizens gathered in front of the legislative body told InterPressNews, civil activists and people from different regions spent the night in tents.

According to them, the number of tents in front of the legislative body will increase and they do not rule out that tents will be placed on the road as well, if necessary.

Yesterday, the opposition held a rally in support of the Chairman of the National Movement, Nika Melia, in front of the Parliament. They also held a "March for Freedom".