EU Ambassador on wiretapping: We would not see it as natural that a close friend and partner such as Georgia would be engaged in these types of activities against us 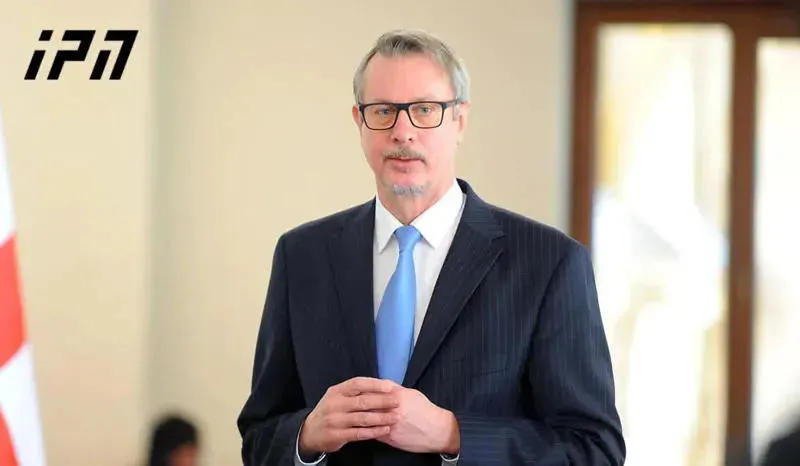 We would not see it as natural that a close friend and partner such as Georgia would be engaged in these types of activities against us, - EU Ambassador to Georgia Carl Hartzell told reporters when commenting on reports that the Security Service of Georgia might be wiretapping ambassadors as well.

“First of all to say, you have seen the reaction coming from Brussels. We are taking these instances very seriously. As we know the Vienna Convention is guiding diplomatic relations and we would not see it as natural that a close friend and partner such as Georgia would be engaged in these types of activities against us. Yesterday the Georgian Ambassador to the EU was called up to a meeting in Brussels, EU headquarters, where this position of the European Union was made clear and also demands were made to see this followed up appropriately.

Perhaps I can make a more general point about these leaks that has struck me over this past week. So there's a lot of discussion about the leaks themselves. There's a lot of discussion about the content of these leaks and what it means. But I really like to stress also the nature of surveillance, as a topic that I find important to keep discussing, because of the volume and nature of what we have seen. And let me in this context remind everyone that, of course, any security service has an interest in the state security, to look at threats that could come towards the state in terms of terrorism, in terms of spying. There are good reasons to use these type of instruments, but they have to be used very carefully. They have to be monitored, they have to be kept under control and with appropriate oversight, because on the other side of the spectrum lies the privacy of individuals, the right to a private space and not to be surveyed in an arbitrary manner. And I think as part of these investigations that are ongoing now, I would welcome very much a broader discussion about the nature of this surveillance, what it means and what conclusions the whole political spectrum of Georgia should be drawing from what we're seeing right now, because a surveillance society is not what should be part of a democratic society”, said the Ambassador.