Defense Minister: Just as NATO will not back down from its goals and decisions, so is our firm determination to become a full member of the European family 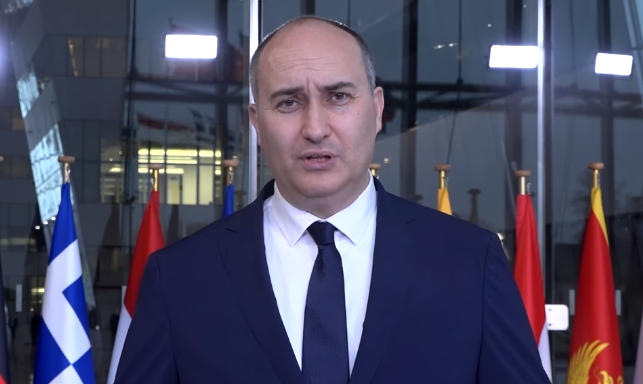 Within the framework of the NATO Defense Ministerial in Brussels, the Minister of Defense of Georgia Juansher Burchuladze met with the Chairman of the Military Committee of the Alliance, Admiral Rob Bauer.

According to the Ministry of Defense, Juansher Burchuladze thanked the Chairman of NATO Military Committee for his support of Georgia's sovereignty, territorial integrity and the country's accession to the Alliance. The Minister noted that in the light of the growing military aggression by Russia in the region, NATO's firm position and adherence to the principle of open door are of great importance.

At the meeting with Admiral Bauer, Juansher Burchuladze also spoke about the defense transformation process. According to the Minister, through active cooperation with NATO and strategic partners, Georgia continues to strengthen its defense capabilities and build a NATO-compatible defense force.

According to the Ministry of Defense, the meeting focused on issues of military cooperation between NATO and Georgia, including the NATO-Georgia exercise scheduled for March, which Georgia will host for the third time. The conversation also focused on Georgia's participation in the Black Sea strategic discussions and Georgia's significant contribution to international missions.

"Within the framework of the NATO Ministerial, we held individual meetings with my colleagues, as well as with the Chairman of the NATO Military Committee. He is the first military person in NATO, he is a great friend of Georgia, we talked about our strategic plans, our future and, of course, we are united on all issues of principle. Just as NATO will not back down from its goals and decisions, so is our firm determination to become a full member of the European family" Burchuladze said.