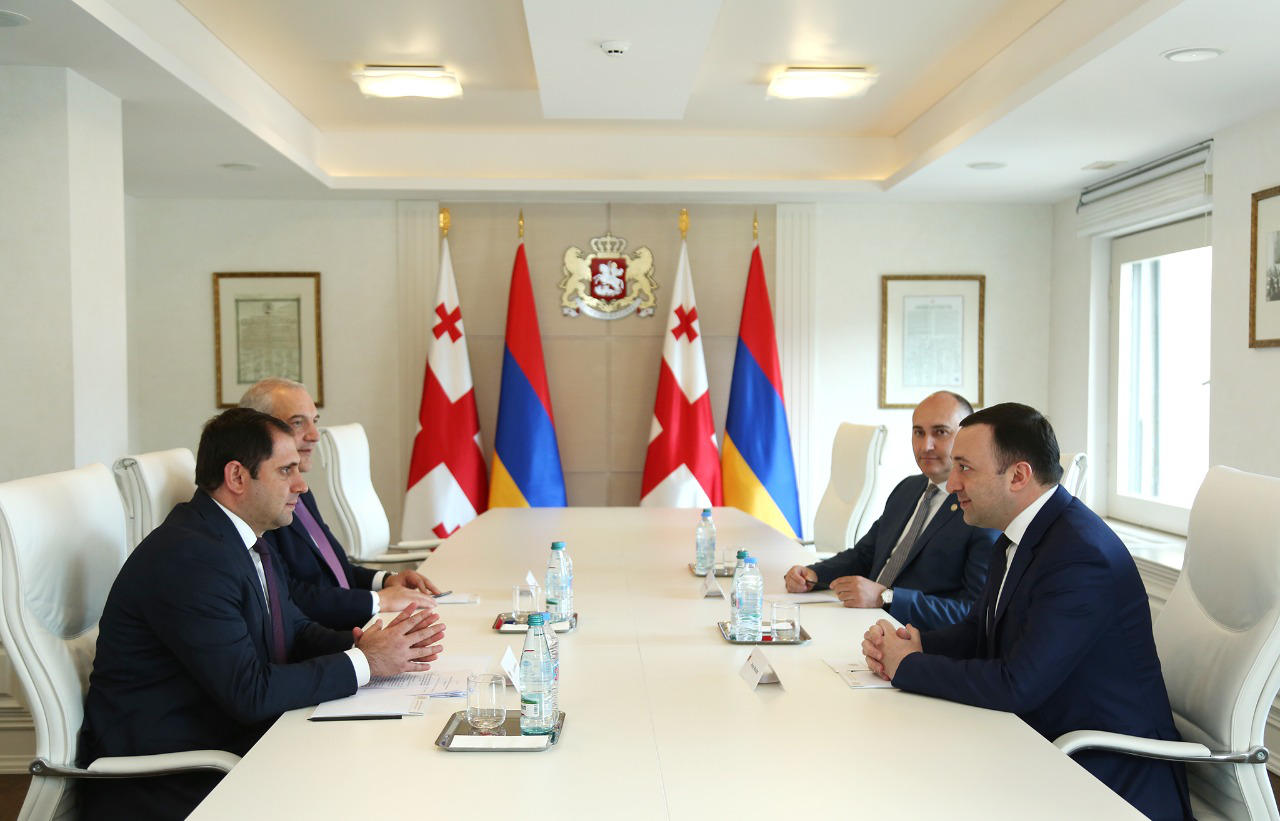 Prime Minister Irakli Gharibashvili met with Suren Papikyan, Minister of Defense of the Republic of Armenia.

According to Government Administration, meeting was focused on the kind neighborly relations between the two countries. Cooperation in the sphere of defense was discussed and noted that cross-border collaboration has a long history between the nations and involves various activities. It was highlighted that a Plan of Bilateral Cooperation for 2022 signed within the scope of the visit will lead to a boosted peace in the region, reports the Government Administration.

"Regional security issues were also discussed. Impact of the war waged in Ukraine was noted on the global security architecture, including in the South Caucasus. Significance of facilitated peace and stability in the region was underlined.

Peaceful Neighbourhood Initiative in the South Caucasus initiated by Irakli Gharibashvili, Prime Minister of Georgia was discussed, as it creates a format for a dialogue between the three nations and aims for a mutually-beneficial cooperation. It was noted that Georgia has always been supporting peaceful cooperation and co-existence in the South Caucasus and stands ready to facilitate a regional dialogue," reads the statement

According to Administration, the meeting held at the Government Administration was attended by H.E. Ruben Sadoyan, Ambassador Extraordinary and Plenipotentiary of the Republic of Armenia to Georgia; Georgian attendees included Juansher Burchuladze, Minister of Defense of Georgia.