Minibus and car collided in Kakheti, injuring 12 people, 9 of them foreign tourists 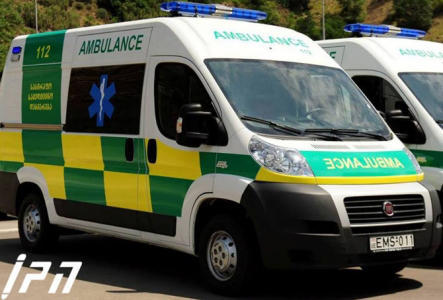 12 people were injured in a car accident in Kakheti. The incident took place on the Bakurtsikhe-Tbilisi road a few hours ago. A minibus and a car collided, injuring 12 people, 9 of them foreign tourists. They were visiting Kakheti by minibus. The ambulance team took the injured to Gurjaani GeoHospitals clinic.

According to the doctor, the health condition of the foreign nationals is satisfactory, although the condition of one of the injured who was in the car is relatively serious.

Rescue team and police were mobilized on the spot.