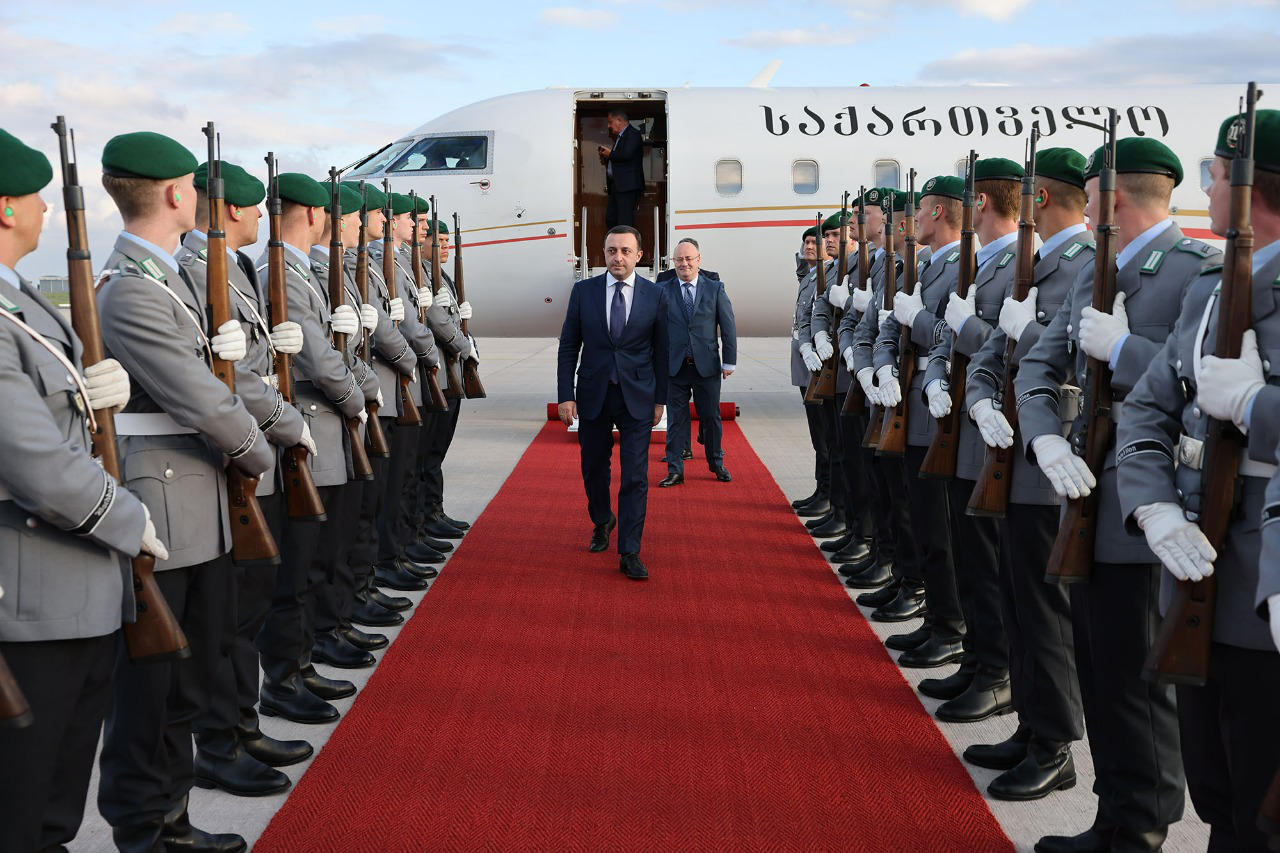 Prime Minister of Georgia Irakli Gharibashvili is on an official visit to the Federal Republic of Germany.

According to the Government Administration, a welcoming ceremony for the Prime Minister was held at the Berlin-Brandenburg Willy Brandt Military Airport.

Prime Minister Irakli Gharibashvili is visiting Berlin with a delegation.