Shalva Papuashvili: The past of Davit Kezerashvili is related to the enrichment at the expense of the Georgian army, his money is invested in the non-governmental sector, media, politics and parties 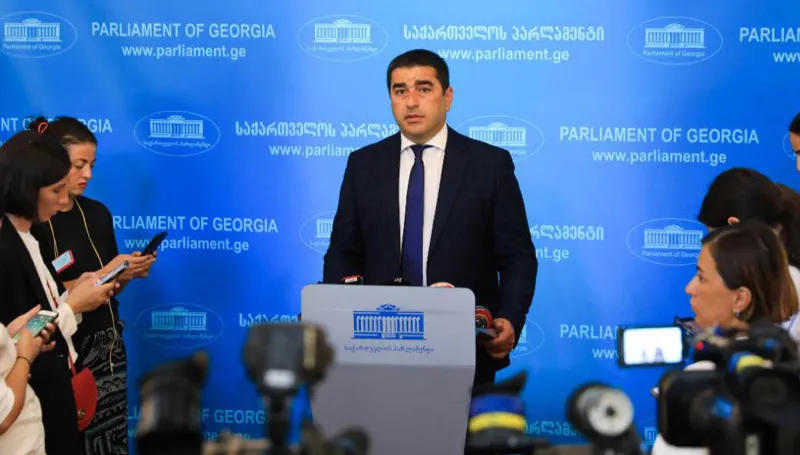 Today, I think, no one doubts the role of Davit Kezerashvili in Georgian politics, the whole society knows his past. The past is related to the enrichment at the expense of the Georgian army, the society knows his present and it is a direct intervention in politics, media and non-governmental sector, with his money, Parliament Speaker Shalva Papuashvili said about the former Minister of Defense Davit Kezerashvili.

According to Papuashvili, the representatives of the opposition directly admit that Davit Kezerashvili's money is invested in the non-governmental sector, media, politics and parties.

"We see what is happening to the National Movement due to this money. This is the money taken away from the Georgian army, Georgian people, which was allocated for the training, a few months before the war, in which not a single soldier has taken part. Only this episode, which we know and which has been proved, shows that 5 million euros were taken away from the Georgian soldiers. Of course, when there are meetings with such a person, whose guilt has been proved by Georgian justice, it is clear what can be the topic of conversations. This has already raised big questions - what is happening with regard to people who call themselves friends of Georgia. The friends of Saakashvili and Kezerashvili cannot be friends of Georgia," said Shalva Papuashvili.