PM : I have been personally receiving requests from our citizens to see Ryanair in Georgia and we have done it 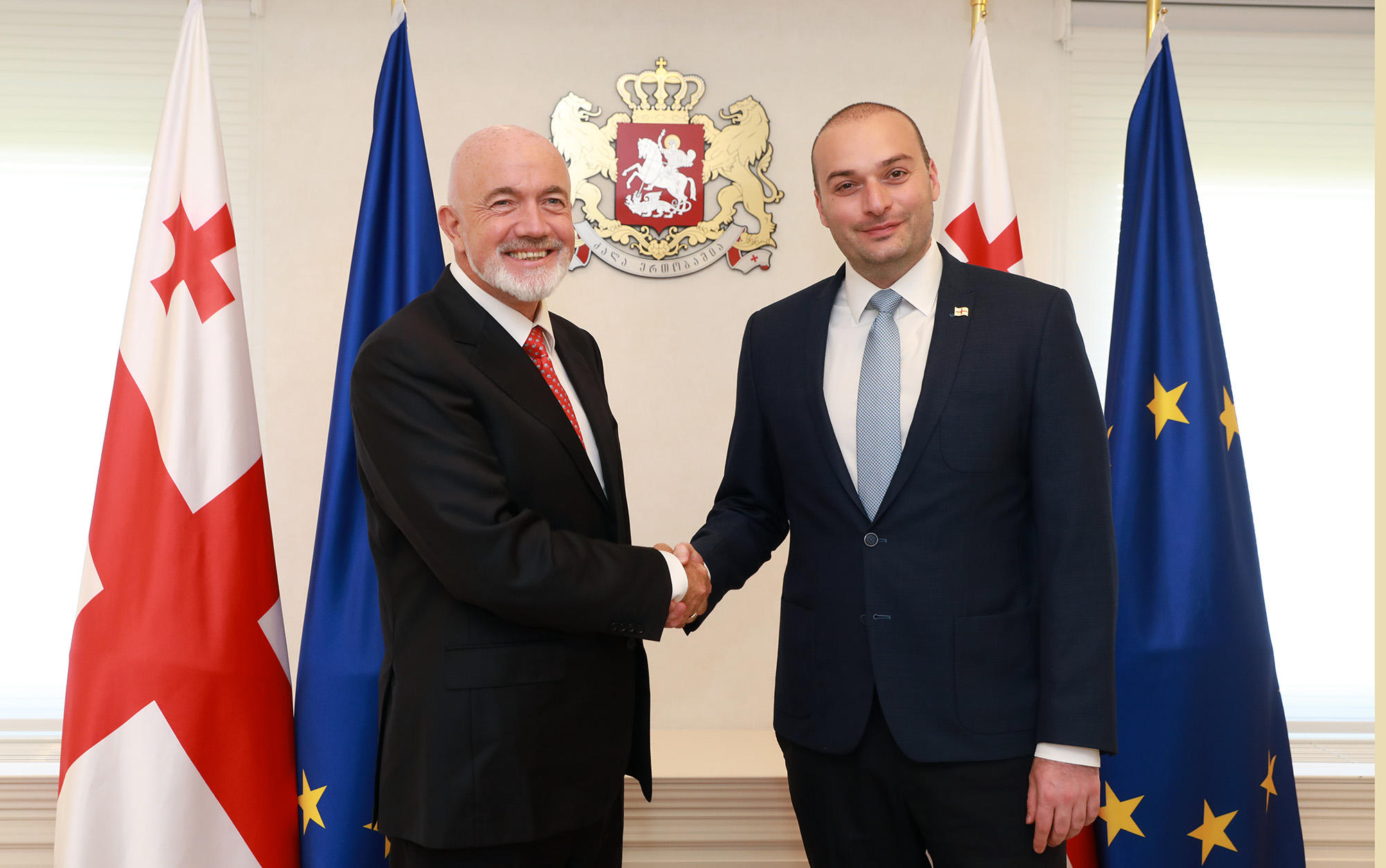 I have been personally receiving requests from our citizens to see Ryanair in Georgia and we have done it, Mamuka Bakhtadze, Prime Minister of Georgia, said after a meeting with David O'Brien, Chief Commercial Officer at Ryanair Holdings PLC today.

PM Bakhtadze noted that the air carrier will initially fly directly to three destinations, one of them be from Tbilisi and two from Kutaisi airports. Ryanair will gradually increase its flights in future.

"I am delighted on behalf of Ryanair and honored that the Prime Minister has decided to grace what is an important day for Ryanair with his presence. We had planned to announce three routs today from Tbilisi to Milan and one each from Kutaisi to Bologna and Marseille, but the Prime Minister impressed us on the importance of developing connections with Germany and I am very pleased to announce that in the last half an hour we have agreed to also announce a route from Cologne to Tbilisi from next summer" noted David O'Brien, Chief Commercial Officer (CCO) at Ryanair Holdings PLC.

According to the Prime Minister of Georgia, the agreement, signed today, will enable the country to attract more tourists from EU countries, while our citizens can enjoy the cheapest travel to Europe.

"I wish to congratulate all. After a very intensive round of negotiations Ryanair - a giant company - will enter the Georgian market. It is the lowest-cost air carrier in Europe and it is one of the most popular brand names. It is a significant part of our vision to turn Georgia into a business hub of our region and entry of Ryanair - a brand name of such magnitude - is indeed a milestone achievement. I wish to thank the management of Ryanair, our team and Ministries of Economy and Foreign Affairs of Georgia. We have achieved our desired goal as a result of very intensive negotiations" concluded the Prime Minister of Georgia.

The meeting between the Prime Minister and CCO at Ryanair Holding PLC was held at the Government’s Administration today.