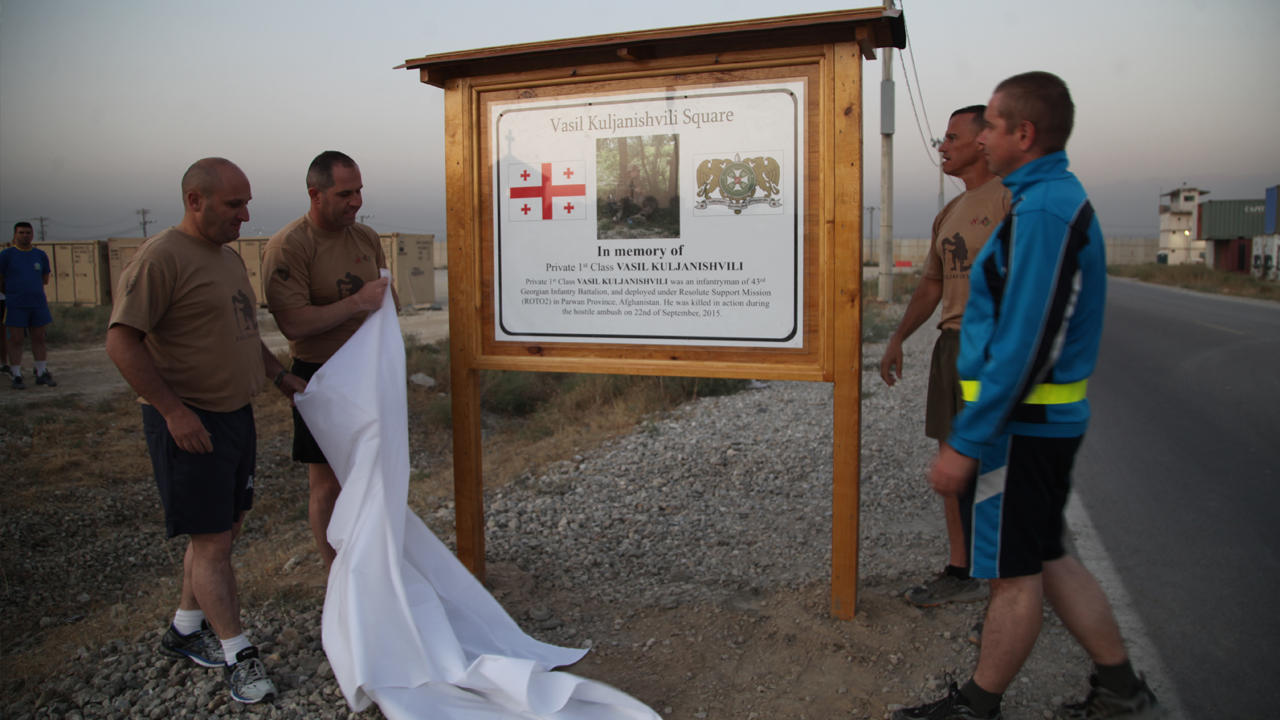 On the initiative of the 43rd Battalion of the IV Mechanized Brigade of the Georgian Armed Forces, one of the fields at the Bagram Air Base was named after the killed Georgian military serviceman. According to the Ministry of Defense, four years have passed since the death of Vasil Kuljanishvili, a first-class soldier killed in Afghanistan's Resolute Support mission.

A marathon was held in memory of Vasil Kuljanishvili in the coalition base. Czech, American, Polish and Bosnian militaries took part in the marathon together with the 43rd Battalion.

The marathon winners were awarded gifts and diplomas by the Commander of the Bagram Aviation Base, Brian Wolford.

Vasil Kuljanishvili had been serving in the 43rd Battalion of IV Mechanized Brigade of Georgian Defense Forces since 2013. Vasil Kuljanishvili was killed on September 22, 2015, while patrolling in Afghanistan, as a result of the attack carried out by rebels.