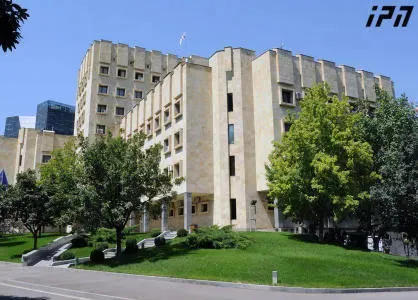 The investigative agency plans to bring charges against another former CSD official, Giorgi Dgebuadze (mastera), who is currently in custody, since he has been extradited from Netherlands and the Prosecutor’s Office of Georgia needs consent from the country, which extradited him to Georgia.

“The investigation into the case revealed the following: in the period of June-July 2006, the Department of Constitutional Security of the Ministry of Internal Affairs of Georgia decided to intensify surveillance against businessman Arkadi (Badri) Patarkatsishvili, to strengthen control over his homes, guards and those close to him. These actions were related to his political activity, which was unacceptable to the former authorities and was perceived as a high risk.

In order to punish Jemal Shamatava for the above-mentioned action, the Head of the Second Main Division of the Constitutional Security Department G.D. organized a plan for his deliberate unlawful detention. The officers of the Constitutional Security Department, L.K., D.K. and I.G. , were involved in the implementation of the G.D.’s plan,” the Prosecutor’s Office said.

“For this purpose, B.B., who was the a trustworthy person of G.D., staged fake robbery to steal a mobile phone and jewelry, owned by T.C., who was detained and took to Ureki police department, where he inflicted self-harm and accused Ureki police chief Jemal Shamatava of committing it.

Based on the actions and artificially created circumstances organized by G.D., Jemal Shamatava was arrested under Article 144(I), Part 2, a, b, d and Article 139, Part I of the Criminal Code of Georgia and was sentenced to nine years in prison,” the Prosecutor’s Office said.

As the investigative agency explains, all the three persons : Davit Kokashvili, Ilia Gamgebeli and Levan Kardava face from 9 to 12 years of imprisonment.