Adam Kinzinger: I have just returned from Georgia, where I saw how a great friend of the US patiently continues to deal with Russian provocations 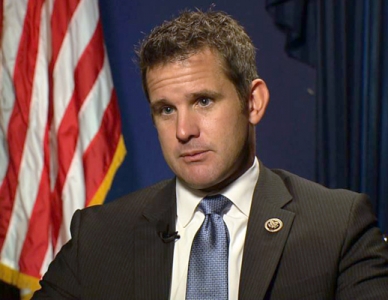 The guests included Lech Walesa, former Polish President, Nobel Peace Prize Laureate and founder of the Lech Walesa Institute. Speakers and congressmen spoke about the challenges facing NATO and democratic values ​​in the world today. Co-Chair of the Subcommittee, Congressman Adam Kinzinger (Republican-Illinois) made a statement in support of Georgia's aspiration to join NATO.

"In order to talk about improving the governance of NATO member states, we must fulfill the promise made to these countries that they will join NATO if they carry out reforms. I have just returned from Georgia, where I spent a week. I was astonished to see a great friend of the United States under occupation, which patiently continues to deal with Russian provocations, including ongoing borderization and abductions on the illegally occupied territories.

Georgia continues to strengthen the judiciary, media and governance in order to achieve the results that will lead to the fulfillment of NATO's promise to Georgia. However, there are several countries in NATO that are afraid of resenting Russia. It is ridiculous to think that NATO is afraid of a country, the economy of which represents just 1/30 of the total economy of the alliance”, Kinzinger said at the committee hearing.