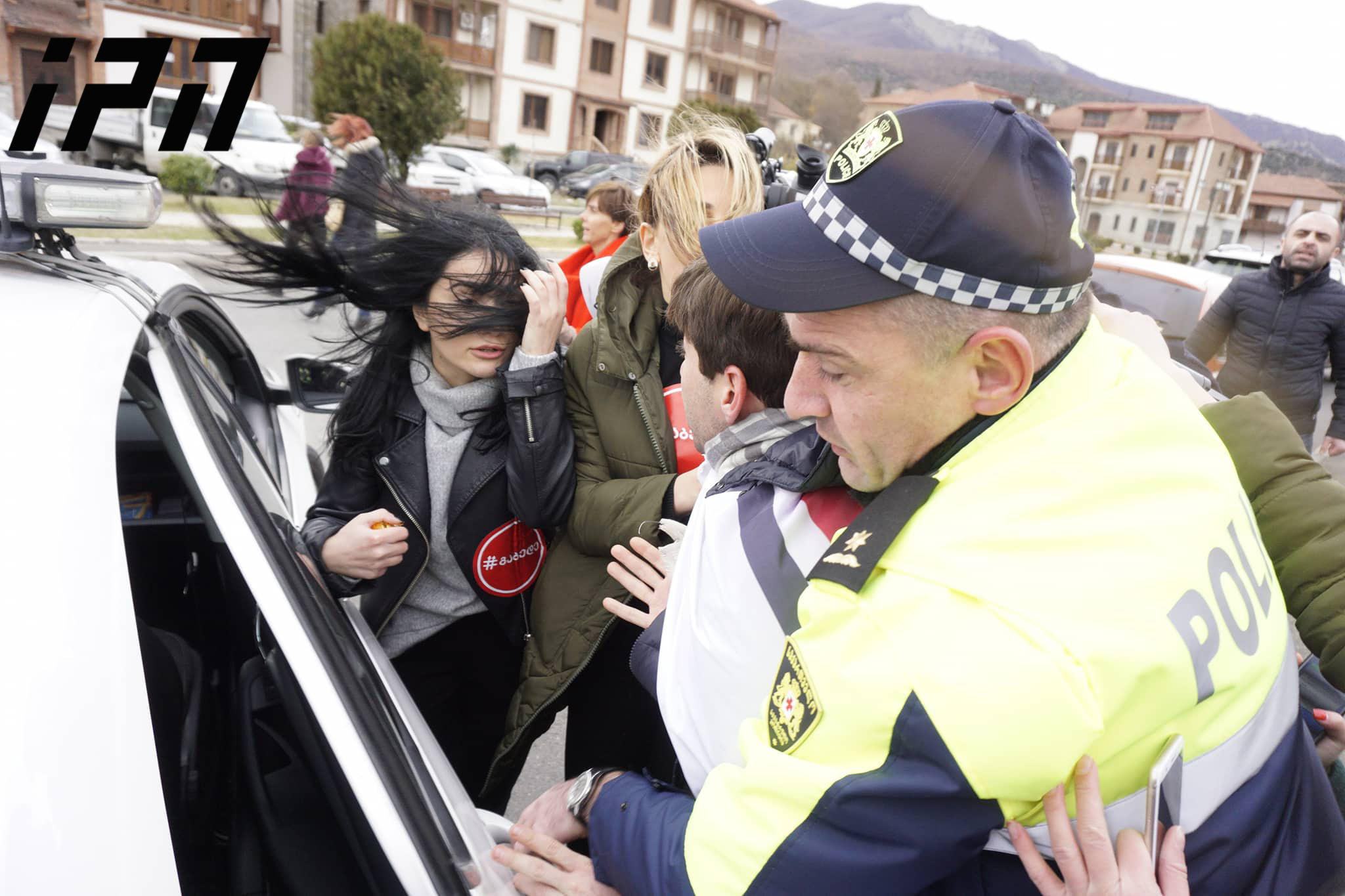 Several activists of the Dare movement have been detained at MP Dimitri Khundadze's majoritarian bureau in Mtskheta town.

Several members of Dare have been injured in the clash between the movement activists and local population.