Leaders and activists of opposition hit by eggs in Kutaisi 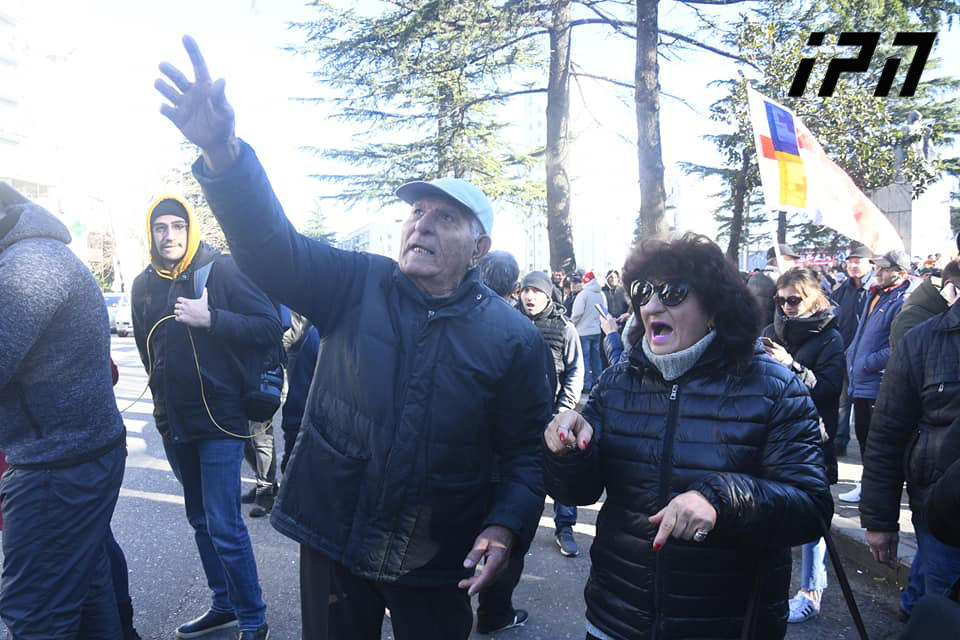 The leaders and supporters of the opposition, gathered at Kikvidze Square in Kutaisi city, were hit by eggs. As InterPressNews reporter said the eggs were thrown from a building roof.

The protesters took off their caps and told the attackers to throw the eggs into them.

The leaders and activists of the opposition pan to march towards Davit Aghmashenebeli Square.