Ketevan Tsikhelashvili: Abkhazia and the Tskhinvali region are becoming more isolated and military; the number of Russian military personnel has increased to 10,000 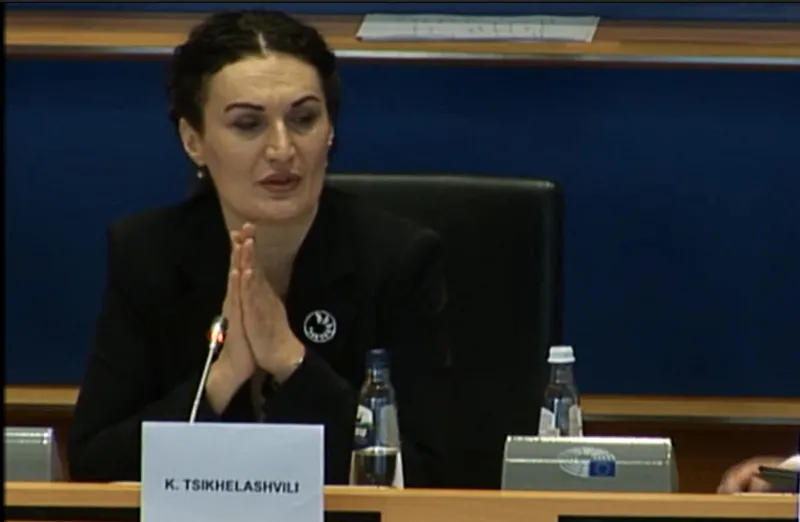 130 military exercises each year have turned the occupied territories, and especially South Ossetia, into a major military base, - Georgia's State Minister for Reconciliation and Civic Equality Ketevan Tsikhelashvili said at the European Parliament's Foreign Relations Committee session in Brussels.

“We have nothing to do with frozen conflicts. The situation there is not static. It is dynamic in a negative context, when it comes to security and humanitarian issues. Both, Abkhazia and the Tskhinvali region, are becoming more isolated and military. The number of Russian military personnel has increased to 10,000. 300,000 IDPs are refused to return to their homes, and those who remain there have little prospect of development,” Tsikhelashvili said.

The Minister also drew attention to the closure of the only road and noted that the occupation regime "speaks the language of ultimatum."

“The occupation regime demands that the Georgian police checkpoint be removed. This situation is particularly grave for the Akhalgori district, which is populated by Georgians. They are in complete isolation and humanitarian crisis ... We have lost some people, who, despite urgent medical needs, were denied access to the Tbilisi-controlled area," - Tsikhelashvili said, adding that she was speaking on behalf of Akhalgori residents when demanding the immediate opening of the road.