U.S. Ambassador : Hackers and irresponsible people in Russia and other places attacking Georgia and the Lugar Lab when in the middle of controlling pandemic 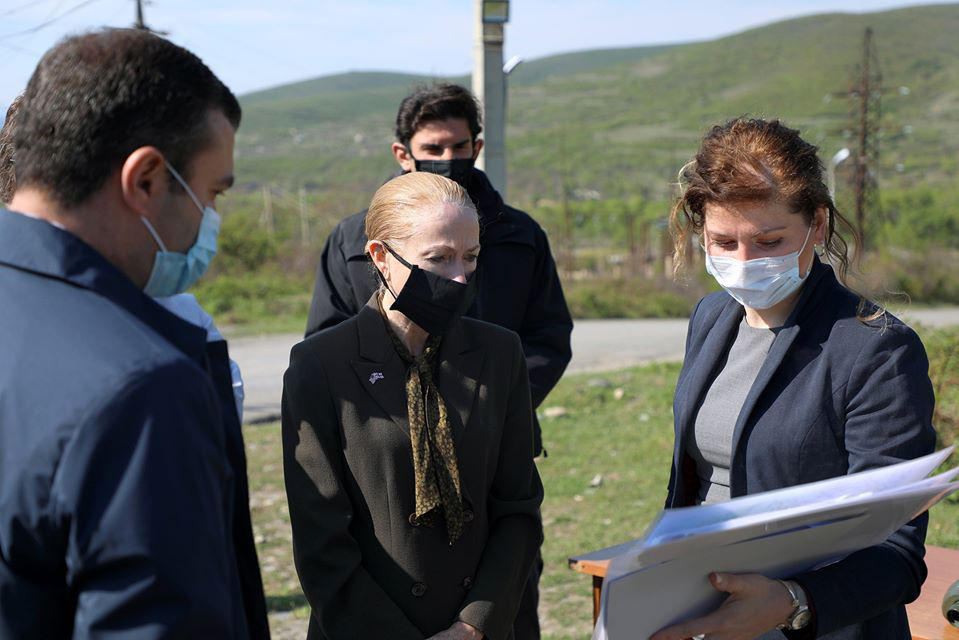 Kelly Degnan, U.S. Ambassador to Georgia, has made her first trip to the Administrative Boundary Line, near Odzisi. In comments to the media during the visit, the Ambassador expressed concern about the spread of disinformation surrounding the pandemic, particularly regarding the life-saving work of the Lugar Center and the NCDC.

“I’m also very concerned at some of disinformation that I’m reading. I think hackers and irresponsible people in Russia and other places attacking Georgia and the Lugar Lab when in the middle of controlling pandemic, that the whole world is struggling with. Everybody has seen at the Lugar Lab, which is controlled by the Georgians and run by Georgian public health experts has done a remarkable job with diagnostic testing, with providing accurate medical advice to the Government and to the public so that the Georgian people have been able to contain this virus in a very responsible way. So, attacks against the Lugar are simply not true and really irresponsible. I’m so sorry whenever I see that,” Ambassador Degnan said.

The State Security Service of Georgia has released the information on its website.