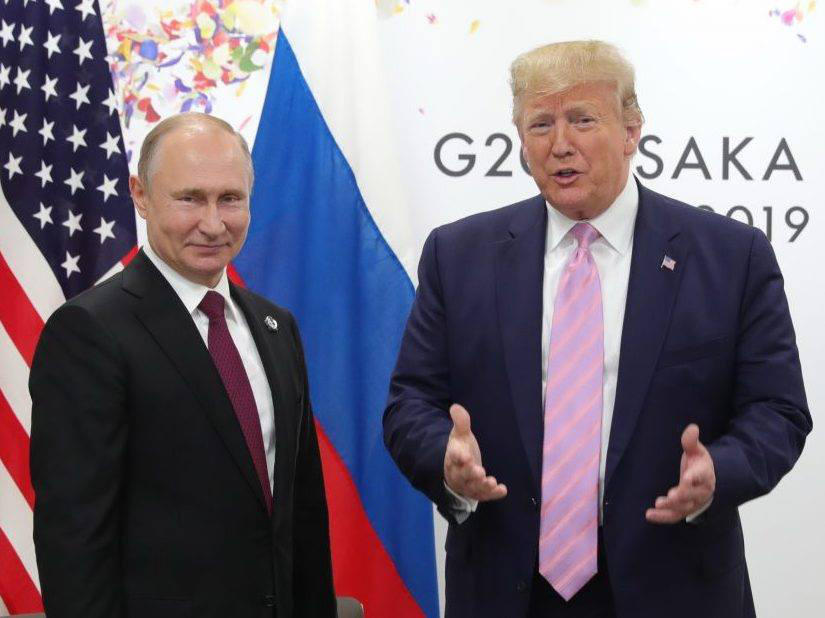 Donald Trump on Wednesday defended his plans to invite Russia to the Group of Seven (G-7) summit this year despite its expulsion from the group in 2014, arguing that it's "common sense" to do so.

The president was asked on Brian Kilmeade's Fox News Radio show whether Russian President Vladimir Putin deserved to be readmitted to the group of world leaders.

The president cited Putin's cooperation with the recent oil crisis when the industry was in dire straits due to the coronavirus pandemic, though he acknowledged it also benefited Russia. Trump also reasoned that it would be easier to negotiate a new nuclear pact if Putin were in the room.

Trump on Saturday told reporters aboard Air Force One that he would postpone the G-7 to the fall due to the pandemic. He said he planned to invite non-member countries Australia, India, Russia and South Korea.

Russia was expelled in 2014 from what was then the G-8 over its annexation of Ukraine’s Crimean Peninsula, a territory it has yet to vacate. It has faced additional international backlash for interfering in the 2016 U.S. presidential election and poisoning a former Russian spy living in the United Kingdom.