Deputy FM on House of Representatives' bill: Adoption of the document is a prolonged process and at this stage, it would be wrong to tell how it'll be shaped 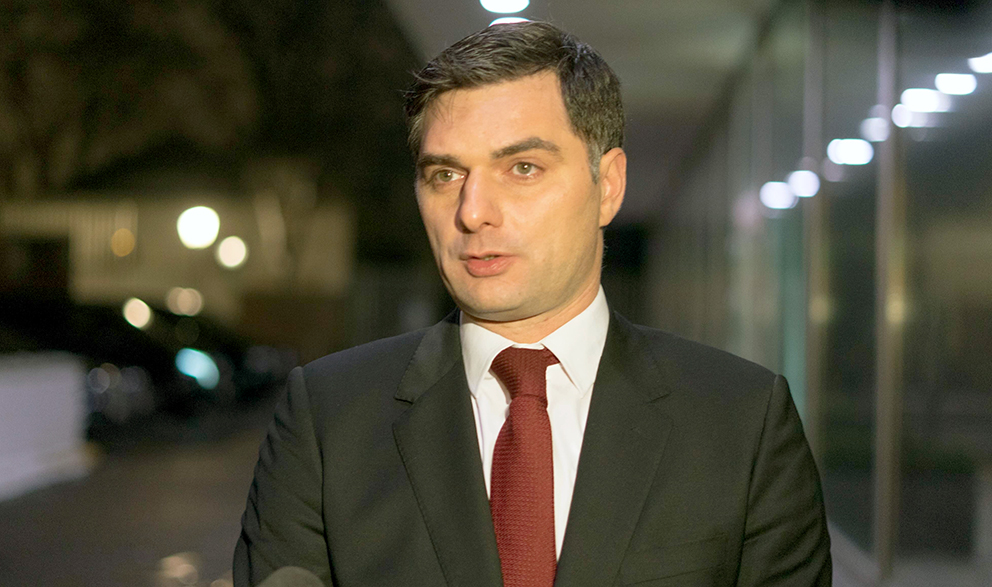 According to the Deputy Foreign Affairs Minister, Vakhtang Makharoblishvili, the US House of Representatives' bill which listed the conditions for granting financial assistance to Georgia has to go through a prolonged adoption period and that at this stage, it would be wrong to tell how it'll be shaped.

As Makharoblishvili noted, the document is in its early working stage.

"When we discuss the budget bill, I would like to emphasize a very important note which was included in this document 4 years ago thanks to Georgian government's efforts. It's connected to Georgia's territorial integrity and non-recognition policy. Namely, this document has been addressing occupation issues and as well as Georgia's territorial integrity and sovereignty for 4 years. What's important is that it sanctions every country and international organization that engages with the occupied territories of Georgia. Naturally, it's a very important note and our efforts will be directed towards likewise additions.

With regards to other notes, it's worth to mention that the document is in its early working stage. It has been presented by the corresponding sub-committee as a project and it is subject to the following considerations. This process will be held in the Senate sub-committee and corresponding Committees and the agreement on the document between the Senate and House of Representatives will happen only after that. Accordingly, as it seems, the adoption of the document is a prolonged process and at this stage, it would be wrong to tell how it'll be shaped. Especially, given the processes in Georgia connected to the strengthening of democratic institutions and the recent remarks made by the Congress and State Secretary. We, the Foreign Affairs Ministry as well as the government in general, will naturally continue communication with our American partners in order to inform them as much as possible", - stated Makharoblishvili.

For the record, the House of Representatives bill states that $132,025,000 financial assistance will be allocated for Georgia. However, the document notes that 15% of the funds may not be obligated if State Secretary doesn't determine and report that the Georgian government is meeting certain conditions which include: strengthening democratic institutions; combating corruption within the government; ensuring the rule of law in the private sector. The document also notes that he withholding of funds doesn't apply to programs that support "democracy, the rule of law, civil society and the media, or programs to reduce gender-based violence and to protect vulnerable populations".