Prosecutor's Office: Severely beaten Giorgi Shakarashvili was thrown into the Aragvi River by assailants, as a result of which he died 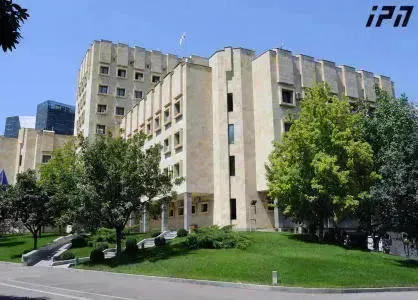 According to the Prosecutor's Office, footballer Giorgi Shakarashvili found himself in-between the attackers on both sides of the bridge while fleeing, which deprived him of the opportunity to move freely. According to the agency, in order to avoid imminent retaliation, Giorgi Shakarashvili was forced to enter a ravine on the left side of the road, where he was followed by five attackers.

According to the prosecutor's office, the mentioned persons were Vakhtang Chikovani, Archil Gagnidze, Nikoloz Revazishvili, minors A.K. and Z.Kh.

"In a Toyota Camry, the persons accompanying V.Ch. went to the country house to find the representatives of the opposing party involved in the conflict. Since none of the opponents met them at the cottage, the "Toyota Camry" headed in the direction of Tbilisi.

During the escape, Giorgi Shakarashvili found himself between the attackers from both sides, which deprived him of the opportunity to move freely and forced him to enter the ravine on the left side of the road, where he was followed by all five attackers. At the end of the trail in the ravine, Giorgi Shakarashvili came to the bank of the river Aragvi and because he did not know how to swim, he found an insurmountable natural obstacle - the river, he could not escape. The attackers took advantage of this situation and inflicted injuries on Giorgi Shakarashvili in the area of his head, both eye sockets, upper and lower lips, around the right elbow joint and right forearm, as well as in the abdomen, groin, pelvis, waist and both buttocks. Giorgi Shakarashvili, who was severely beaten, was thrown into the Aragvi River by the assailants, as a result of which he died", - the Prosecutor's Office said at a briefing.