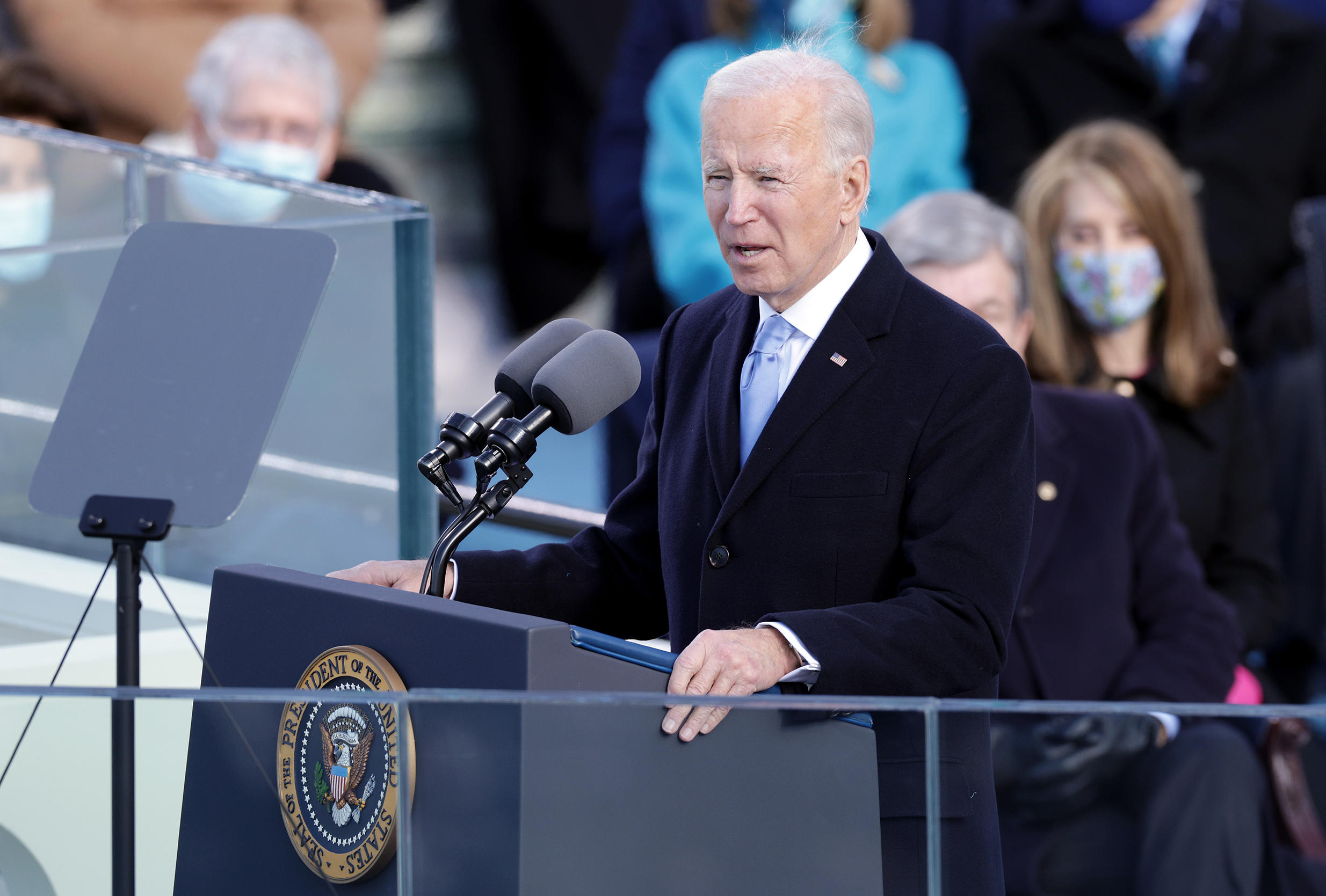 Joe Biden has been sworn in as the 46th US president at the US Capitol in Washington.

In his inaugural speech, Biden called for American "unity" and an end to the "uncivil war" between Democrats and Republicans.

Vice-President Kamala Harris has taken her oath too - becoming the first woman to hold that position.

In his first speech, Biden said "this is democracy's day" and that the US "has much to do in this winter of peril, much to repair".

The new president said the country must confront the rise of white supremacy, and reject manufactured facts.