Irakli Gharibashvili: The task of Special Adviser Vazil Hudak will be to mobilize support from the public and private sectors for Georgia's new economic strategy 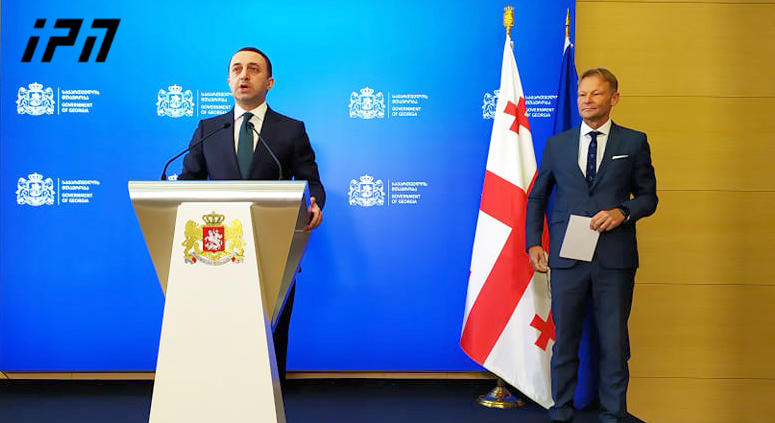 According to Prime Minister Irakli Gharibashvili, the task of Special Adviser Vazil Hudak will be to mobilize support from the public and private sectors for Georgia's new economic strategy.

Irakli Gharibashvili made the above statement after nominating Vazil Hudak as a special adviser for attracting foreign investments.

"As you know, we are working on a plan to restore the economy in a difficult situation caused by the coronavirus. In this plan, of course, foreign investment will play a leading role for the future economic development of Georgia. The country needs investments, which means faster recovery of economy, more employment, more income for our citizens. Therefore we have selected Mr. Vazil Hudak, who is a great citizen of Georgia, a great friend. During his successful career, he has worked as Vice-President of the European Investment Bank, Minister of Economy of Slovakia, Minister of Finance, before that he worked in private banks. He knows Georgia very well. When he was the vice-president of the Investment Bank, he often visited Georgia, he knows our team, our economic team. He was introduced yesterday as the EU Special Representative for Small and Medium-sized Enterprises. Mr. Vazil has already held meetings with ministers of economic profile. His task is to mobilize support from foreign and private sectors for our new economic strategy. He will focus on strategic investment projects. He will have relations with the European Union, the International Monetary Fund, the World Bank, the European Bank for Reconstruction and Development and other international financial institutions. Given our current strategy, we attach great importance to European policy in the field of small and medium-sized enterprises in Georgia, and this policy will be implemented with the professional advice and vision of Mr. Vazil. I want to thank him for accepting this offer," Irakli Gharibashvili said.