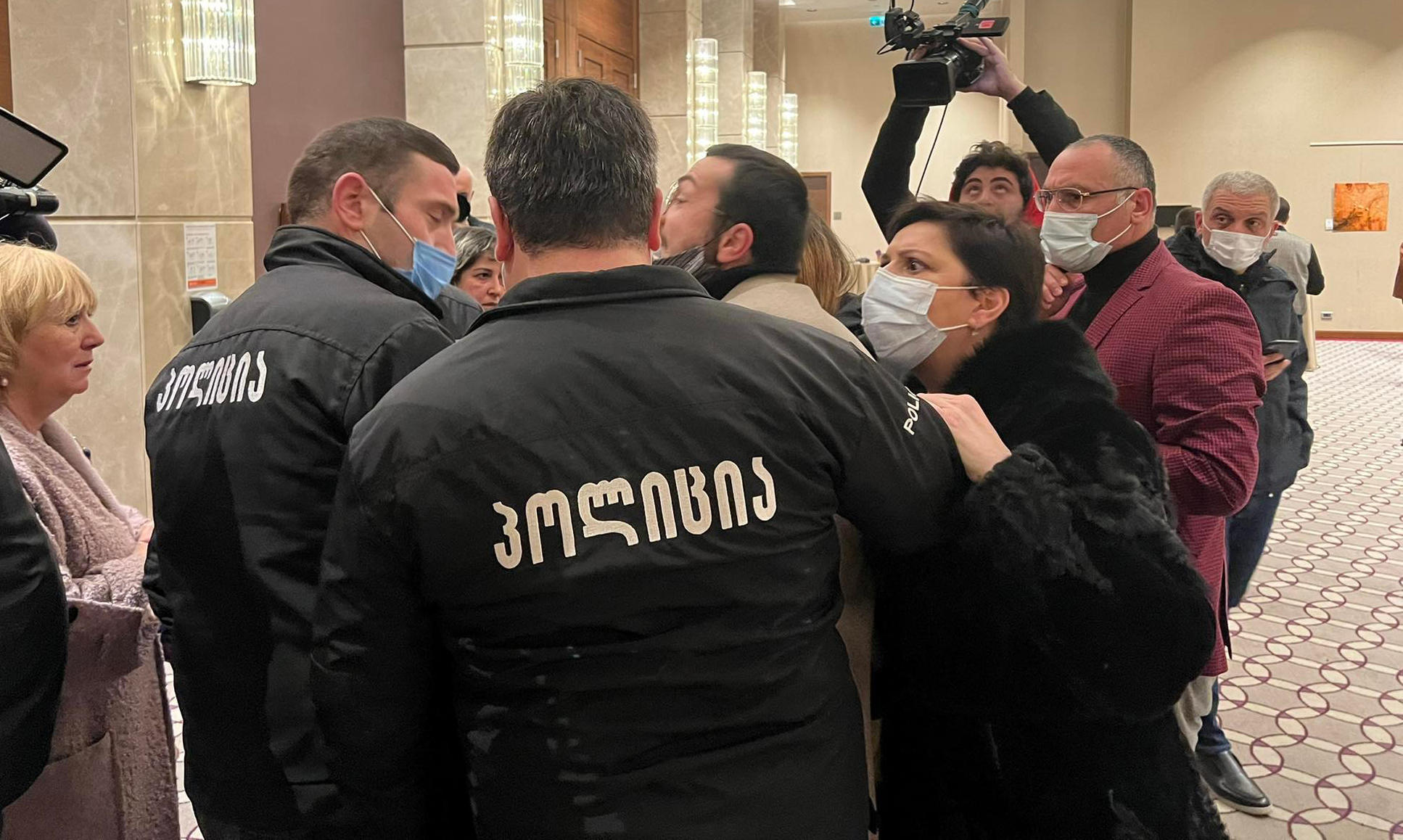 The members of the National Movement entered the building of the Hilton Hotel in Batumi, despite the resistance of the security guards, and are trying to meet with the chairman of the Georgian Dream Irakli Kobakhidze.

Law enforcers are mobilized in the building. According to Nazi Putkaradze, a member of the United National Movement, she is interested in the stage of the investigation into the case of his deceased brother, Nugzar Putkaradze. Nazi Putkaradze is trying to enter the hotel meeting room, where Georgian Dream is holding a meeting.

Nino Tsilosani, a member of the Georgian Dream party, told members of the United National Movement that this was another provocation by the opposition.

Law enforcers are trying to remove the members of the National Movement from the building.