Zaza Shatirishvili: It would be my humble advice to Ivanishvili to stop attacking the Swiss bank 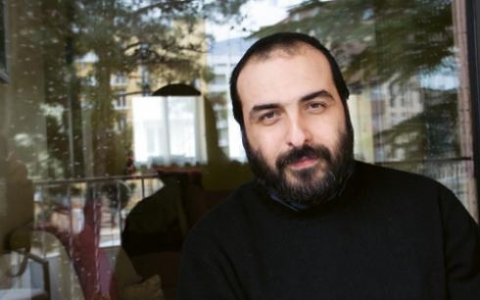 It would be my humble advice to Ivanishvili to stop attacking the Swiss bank, - reads the statement released by philosopher Zaza Shatirishvili.

“I am carefully following the relation between the Credit Suisse and Bidzina Ivanishvili, which does not seem to be settled in the nearest future.

I was telling the public exactly 10 days ago, on Mai 17, that the Americans were achieving two goals with this. On the one hand, they are blackmailing Bidzina Ivanishvili and, on the other, they are destroying the Swiss banking system. The more time passes, I am getting more convinced that the second goal is even more important for them than the first one.

It is commonly known that the Swiss banking system is a serious competitor to the American or any other banking system. Consequently, it is not difficult to guess what is the interest behind destroying this system.

In my opinion, the Americans have already realized that they will not achieve their goals through exercising blackmailing against Ivanishvili. If Ivanishvili was ready to follow their request, he would already make steps towards the war. However, it is already clear that the they failed to scare Ivanishvili through blackmailing and they seem to be already put up with this.

Now, it is obvious that they are trying to achieve the second goal and destroy the Swiss banking system.

I have said on Mai 17 that since 2008 the Swiss banking system is being de facto managed not by Switzerland, but by the American special services. This is the main explanation for the fact that the Swiss bank is behaving in such a strange manner.

Ivanishvili’s claims against the bank are very strong. However, everyone knows that one can neutralize any claim at least to a certain extent. Consequently, they would at least partly diminish the reputation damage with their response. However, the Credit Suisse’s behavior is very strange and they never respond to Ivanishvili’s articles.

Such a strange behavior can have only one single explanation – the system is being managed not by Switzerland, but by the US, and the latter is exactly benefitting by leaving the attacks without response. Similarly, it is clear that the president and entire management of the Credit Suisse are working not on Switzerland, but on the United States.

Besides, Ivanisvhili’s lawyer, Viktor Kipiani explained today that Ivanishvili has no money in the Credit Suisse itself. The money is kept in a relatively small bank in Switzerland and the Credit Suisse is managing it only as a trustee. Consequently, it appears that the Credit Suisse has no financial interest in terminating the money transfers.

To summarize, there are three circumstances, which strongly prove my version shared on Mai 17: 1) Ivanishvili has no money in the Credit Suisse and, thus, this bank has no benefit from this money; 2) Despite this, the bank is behaving in a strange manner and is not defending itself; 3) Ivanishvili manages to criticize the bank in the international media without any obstacles; even a child knows that it could not have happened, if the Americans were against; everyone, who is aware of the system, knows very well that the Americans can block any campaign or article in the international media, if they wish. These three facts fully strengthen my conclusion that the management of the Credit Suisse is working not in favor of Switzerland, but in favor of the Americans.