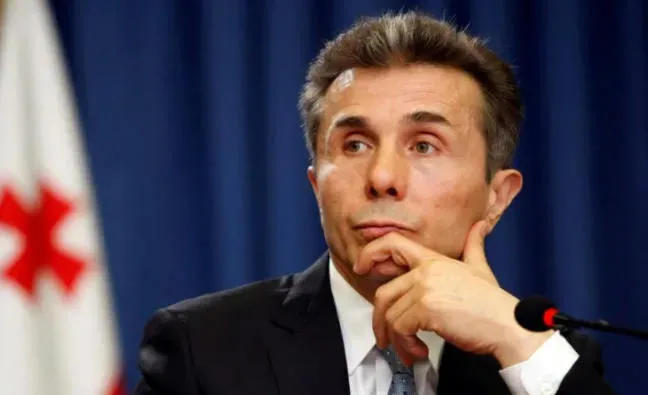 According to the law office representing Bidzina Ivanishvili's interests, on July 5, Ivanishvili received a letter from Credit Suisse, explaining that the European Parliament's resolution imposing sanctions on Ivanishvili created regulatory obligations on the part of the bank and that the trust will no longer carry out its actions without court approval.

According to Bidzina Ivanishvili's law office "MKD", even if Ivanishvili is sanctioned, this does not scrap the trust's obligation to the beneficiary. In addition, as said in the statement, it is obvious to Ivanishvili that the bank's actions serve the purpose of exerting political pressure on the client, the details of which he will talk about as needed.

"It is known to the public that the law office "MKD" represents the interests of Mr. Bidzina Ivanishvili in the global dispute with the leading Swiss bank, Credit Suisse.

At the same time, in addition to legal disputes, which are taking place in Bermuda, Singapore and Switzerland, Mr. Ivanishvili has his significant assets entrusted to Credit Suisse trust companies. We emphasize that the said assets are not disputed and are not subject to review in any jurisdiction. This statement refers to the shocking violations committed by the bank in this very framework of the relationship with the bank and its trust companies.

In May 2022, information was published in the international press that there was a gross violation of client rights and political pressure on the part of the Swiss bank. We would like to remind the public of the chronology of events that led to the above conclusion:

The neglect of the beneficiary's interests by the bank's trust structure started as early as March 2022, when it took 1 month for the beneficiary's transfer instructions to be executed. It was during this kind of delay that the bank indicated for the first time that its inactivity and non-fulfillment of the client's task were related to the ongoing geopolitical events in Eastern Europe. It was clear that the discussion was about the ongoing war in Ukraine, although it was completely unclear how the beneficiary had anything to do "with geopolitical events". Despite the fact that the bank was explained that the beneficiary was not a Russian citizen, had no business interests in Russia, was not a sanctioned person, and the disposal of his own money couldn't be hindered due to the war in Ukraine for any other reason, it still took 1 month to complete the task.

However, as it turned out later, this did not end the problem, but the wave of pressure on the client was just beginning:

Already in response to the April 11, 2022 request to the trust to transfer certain funds, the trust asked identical questions to the beneficiary four times: on April 13, April 20, May 5 and May 20, despite the fact that it received full, comprehensive information in response to the first question. Despite the fact that the beneficiary asked the trust what was additionally needed from the client, what information, what document, what type of signature was missing from the assignee and stated that he was ready to help the trust fulfill his obligation as much as possible, the trust stubbornly asked questions that had already been answered. Finally, on May 5, the representative of the trust promised the client that s/he would prepare the drafts of the necessary documents and send them to the beneficiary for signature, however, it seems that they forgot what they had said and after 2 weeks of not sending the documents, on May 19, they remembered the old questions again and sent questions instead of documents. Even today, after 3 months, the trust's obligation to the beneficiary is still neglected, although a new, obvious political-like excuse has been found to violate the client's rights. It is about this strange, stunning message that the client wants to inform the Georgian society, because a number of circumstances give Mr. Ivanishvili a reason to conclude that the bank's actions are related to the current events in Georgian domestic politics.

In particular, on July 5, 2022, the client received a letter from the bank, which talks about the resolution of the European Parliament, by which it called on the European Council to consider imposing sanctions on Mr. Ivanishvili. The bank clarifies that the said resolution allegedly created regulatory obligations on the part of the bank and that the trust will no longer carry out its activities without the approval of the court. We are talking about the approval of the court, for which the process will be initiated in the best case in September of this year, and its result, thanks to the bank's efforts, will be delayed indefinitely.

This message of the bank is unprecedented both in law and in the practice of financial institutions, such occurrence is alien and inappropriate not only for the Swiss level, but even for developing countries' levels. It is obvious that the management of the bank is in a mode of self-harm and will not only harm the image of the bank, but also harm the reputation of the Swiss state.

It should be noted that even if Mr. Ivanishvili is sanctioned, this does not scrap the trust's obligation to the beneficiary. Rather, the purpose of the trust is to serve the interests of the client even in circumstances where the beneficiary is subject to any legal restrictions. After all, trust structures are created for the purpose of protecting clients' assets and interests, including for beneficiaries in difficult times.

It is obvious to the client that the bank's actions serve the purpose of exerting political pressure on the client, the details of which Mr. Ivanishvili himself will talk about as needed," the statement reads.