Maka Botchorishvili: I would like to address those colleagues who compete with one another in terms of who can have their foreign friends better slander their country - by your actions you are harming Georgia’s strategic interests 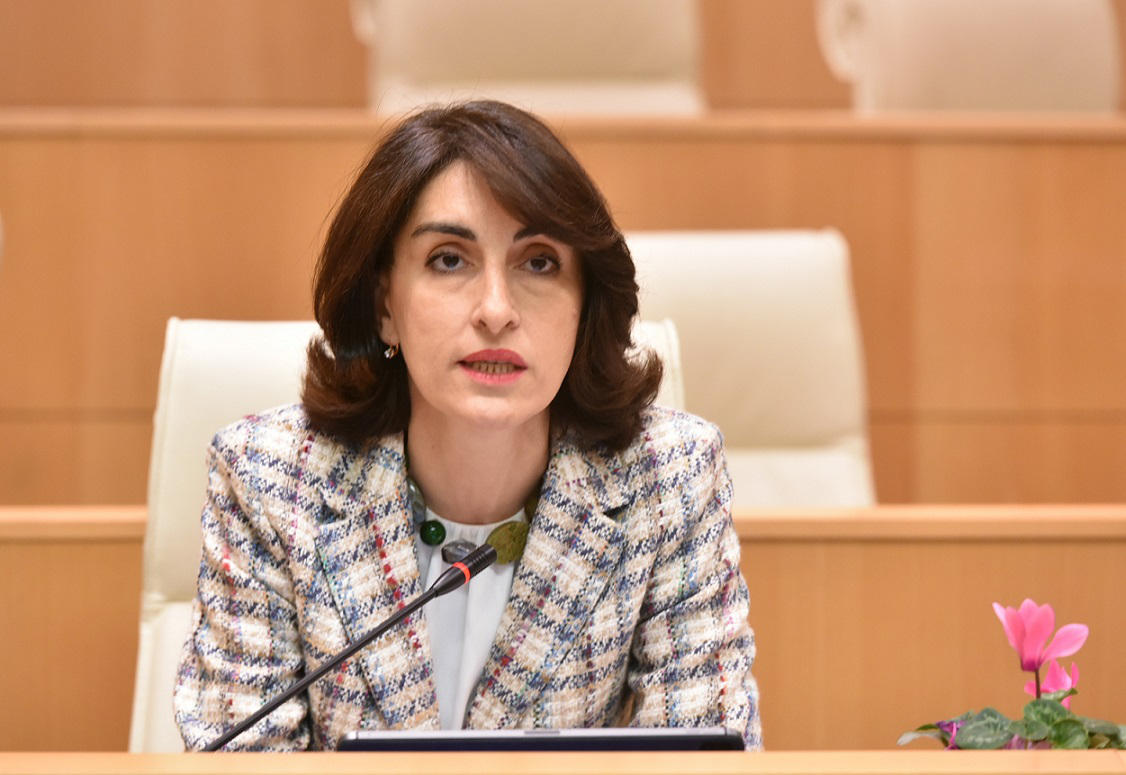 I would like to address those colleagues who compete with one another in terms of who can have their foreign friends better slander their country, and who wave around statements and resolutions based on falsehoods with undisguised glee: By your actions you are harming Georgia’s strategic interests and you are insulting the Georgian people, first and foremost, - Maka Botchorishvili, Chairwoman of the European Integration Committee, addressed the representatives of the opposition with this statement at the plenary session of the Parliament.

According to her, five months have passed since the historic decision of the Council of the European Union granted Georgia the perspective of joining the European Union, and the vast majority of the deputies of the Parliament of Georgia are working on a daily basis to implement the 12 recommendations of the European Commission.

“We are actively engaging in consultations and communication with EU institutions and capitals of member states to ensure that the efforts expended by Georgia are properly assessed and the process of European integration is accelerated in the manner that our country deserves and the majority of the population of Georgia desires.

At the same time, it is impossible to avoid giving an assessment to the actions of several of our fellow parliament deputies and their noisy accomplices both within and outside the country.

The manipulation of Georgia’s national interests, various speculations, and a series of campaigns to the detriment of Georgia’s interests continue incessantly during this moment of the utmost importance and significance.

I would like to address those colleagues who compete with one another in terms of who can have their foreign friends better slander their country, and who wave around statements and resolutions based on falsehoods with undisguised glee:

By your actions you are harming Georgia’s strategic interests and you are insulting the Georgian people, first and foremost.

You are doomed to absolute failure because falsehood has a very brief shelf life and causes irreparable damage to one’s reputation.

You lie when you blame the Georgian Dream that we invented the law on deoligarchization and tailored it to your oligarch friends when you are well aware that this draft law was authored by Ukrainian legislators, and now the Venice Commission will try to find the difference between the Ukrainian and Georgian versions.

You insult yourselves when you claim that you are the so-called “captured members” of a “captured Parliament” in a “captured state.”

You lie upon you return from Brussels, suggesting that the European Commission postponed Georgia’s assessment to next year due to our inaction.

If you are not lying and you simply failed to understand what you were told in Brussels, then I will remind you: back on 13 July, when you refused to work in the working groups of the Parliament and were probably already getting suntans, the European Commission publicly announced that the next assessment of Georgia would take place in 2023, within the framework of the EU enlargement policy report, together with other candidate countries.

You are mistaken when you think that having lost all capacity for political action, the resolution of the European parliament will help you stir up unrest among the people and mobilize them against the authorities.

In reality, it is impossible to deceive the Georgian people.

Even the document that calls Mikheil Saakashvili Putin’s prisoner and pulls the wool over our eyes will not have any credibility.

Nor will the resolution – which is being used to baselessly damage Georgia’s reputation, to diminish our contribution and efforts in strengthening peace and security, to separate the Georgian people and authorities, and to assess the progress achieved by Georgia in the process of European integration as backsliding – have any value for Georgia’s integration into the European Union.

And finally, we cannot compel anyone to protect our national interests in the way that we are obligated to do. In addition to duty, it is a special pleasure to serve one’s country sincerely. Try it – we might even achieve a better result“, she said.