Matthew Bryza about Anaklia deep-sea port : I think it will have an enormous impact on Georgia’s NATO perspective 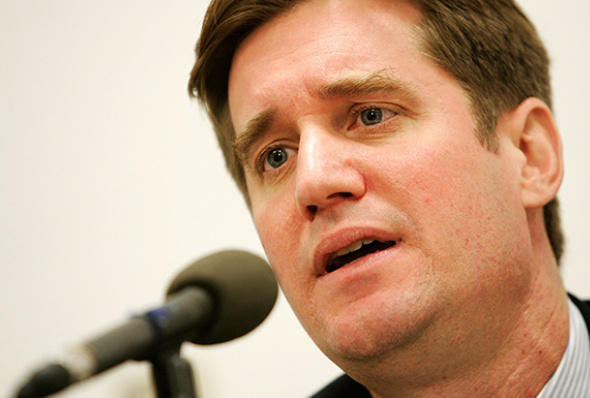 I think it will have an enormous impact on Georgia’s NATO perspective. It will be used to transport NATO - well, US - equipment and materiel to Afghanistan,- former US diplomat Matthew Bryza, who worked closely on issues of security and energy policy during his time in the region, told IWPR.

Acceding to him, NATO will use the port as well, for military exercises in Georgia.

“But most importantly, the Anaklia Port will provide a lifeline of support for Georgia in case, God forbid, but should Georgia find itself in another moment of serious tensions. As we’ve obviously learned in 2008, there’s no Article 5 guarantee for Georgia. It's extremely unlikely that NATO will respond with troops on the ground if there is again Russian military action against Georgia. But in the immediate aftermath of Russia’s invasion of Georgia in 2008, we saw that there was a great need to get materiel into Georgia and a need to send a signal of deterrence to Russia. That was logistically challenging when Poti Port had to be relied upon, especially after the Russians sunk the coastguard boats the US provided to Georgia. But with a much bigger port like Anaklia, logistical options for NATO are much wider. The Anaklia port will help pull Georgia towards the trans-Atlantic community, toward the EU too, by greatly expanding the volume of trade across the Black Sea or through the Turkish straits to the rest of the world. And considering that it will weaken Russia’s economic impact and its ability to control Georgia, that, I think, is the biggest fear of Russia. If there was a US or NATO presence in Anaklia regularly, of course Russia would strongly object to that as well. But I think the strategic challenge for Russia even more will be how Georgia’s economic ties with the EU will grow thanks to Anaklia Port,” Matthew Bryza said.