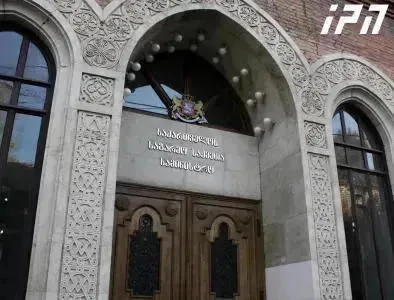 According to the MFA statement, the Ministry categorically condemns the fact of wounding and illegal detention of a Georgian citizen by Russian occupational forces. The MFA deems this act as a dangerous provocation aimed at destabilizing and causing tension on the site during the pandemic.

"The Ministry of Foreign Affairs of Georgia categorically condemns the fact of shooting, wounding, and illegal detention of a Georgian citizen by the Russian occupation forces, as another dangerous provocation by the Russian Federation, aimed at escalating and destabilizing the situation on the ground during the COVID-19 pandemic.

Opening fire on the local peaceful civilian by the Russian occupation forces is another vivid example of Russia’s gross violation of the EU-mediated 12 August 2008 Ceasefire Agreement, and full disregard of the UN Secretary-General's call for a global ceasefire amid the Coronavirus pandemic. Such a provocation by the Russian occupation forces, which are illegally deployed in the heart of Georgia’s territory and grossly violate the fundamental rights and freedoms of the local population, once again demonstrates the necessity of establishment of international security mechanisms in the occupied regions.

The Ministry of Foreign Affairs categorically demands the immediate handover of the wounded and illegally detained citizen of Georgia to the Georgian side.

The Ministry of Foreign Affairs of Georgia calls upon the Russian Federation to ensure unrestricted access of international humanitarian and human rights organizations to the occupied territories, and start unconditional implementation of the EU-mediated 12 August 2008 Ceasefire Agreement.

The Ministry of Foreign Affairs of Georgia appeals to the international community to give a strong assessment to the illegal actions of the occupation forces, and take immediate measures to counter the ongoing provocations against the Georgian state", - reads the MFA statement.