Tamar Bachaliashvili's family members hold a demonstration in front of US Embassy, demanding the involvement of FBI in the investigation 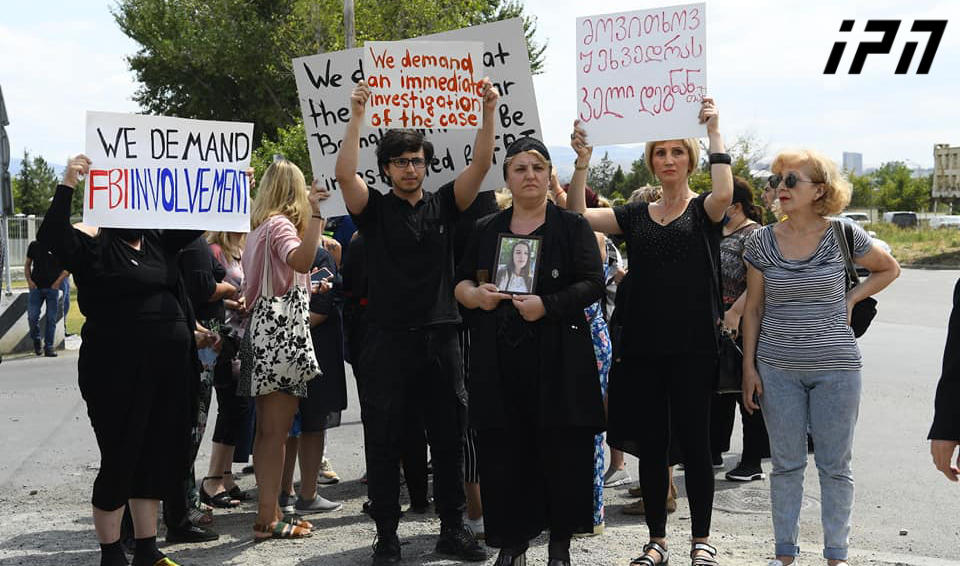 The family members of 23-year-old deceased programmer, Tamara Bachaliashvili, hold a demonstration in front of the US Embassy. As Tamara Bachalishvili's mother, Teona Tamazashvili, told the reporters, the family's demand is for the FBI to get involved in the investigation.

Tamra Bachalishvili's mother also demands a meeting with the US Ambassador Kelly Degnan.

Teona Tamazashvili kneeled in front of the Embassy building and once again asked for an objective investigation. According to her, if the FBI doesn't get involved in the investigation in the coming days, she'll start a hunger strike.

For the record, 23-year-old programmer Tamar Bachaliashvili went missing on July 18 and was found dead in her car near Tetritskaro forest after a 5-day search.