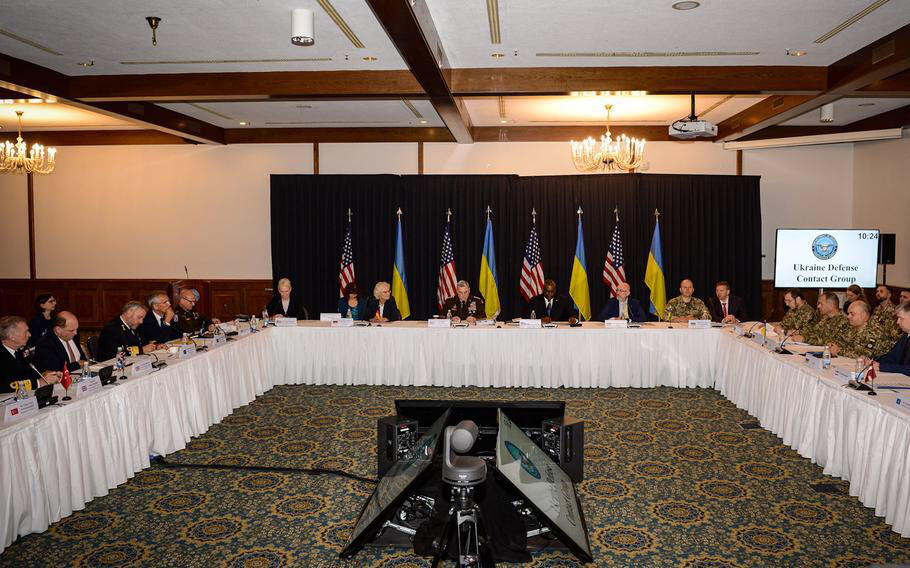 As explained by the Ministry of Defense, the meeting was hosted by US Secretary of Defense Lloyd Austin and the Chief of the Joint Chiefs of Staff, General Mark Milley.

According to their reports, the current situation in Ukraine, the country's needs and opportunities, as well as future prospects and the opportunities of NATO member and non-member countries to help Ukraine were discussed at the Ramstein format meeting. The Contact Group supports Ukraine and condemns Russia's unjustified and aggressive war against Ukraine.

US Defense Secretary Lloyd Austin thanked the parties participating in the meeting.

According to the information, defense ministers and high-ranking military personnel of 50 friendly countries participated in the meeting held at the Ramstein Air Base. The meeting of the Ukrainian Contact Group organized by the US Department of Defense is being held for the fifth time, and for the second time at the Ramstein base.