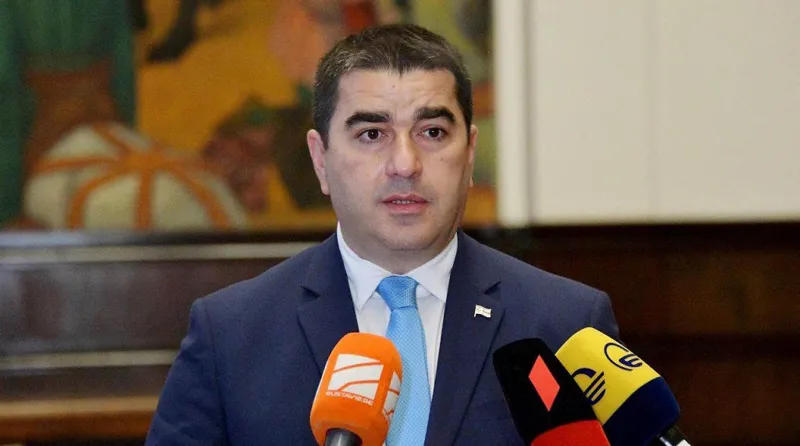 According to the Chairman of the Parliament, Shalva Papuashvili, the friends of ex-president Mikheil Saakashvili are trying in every possible way to avoid the fair punishment handed down by the Georgian justice system. He assessed the reports about the hiring of a lobby company and noted that Saakashvili's supporters are trying to make the health condition of the ex-president a PR subject.

"Unfortunately, for a long time, Saakashvili's supporters have been trying to take this issue outside the legal framework and make it a PR subject, this fact also shows the same. You will see the results of this lobbying activity soon, probably in various forms of statements. What we have been seeing recently regarding Saakashvili is that his friends, at home and abroad, are trying in every possible way to help him avoid the just punishment that the Georgian justice has handed down, including based on the judgement of the European Court of Human Rights relating to the Girgvliani case. We see efforts aimed at somehow saving Saakashvili from the legal punishment," Papuashvili said.

As for the report made public by the Empathy Center, Shalva Papuashvili states that he does not trust this organization or its leader.

"I cannot assess the content of the report, there are specialists for that, however, I personally, as the citizen of Georgia, have no confidence in this organization and its head, because we saw their falsity in the cases of Bachaleishvili and Shakarishvili", said Papuashvili.

According to the Empathy Center, the third president of Georgia, Mikheil Saakashvili, has about 10 diagnoses, which makes his imprisonment incompatible.

As stated in the report of the center, Mikheil Saakashvili has fever of unknown etiology, anorexia, rapid weight loss, pain in muscles, joints, bones, excoriations - scratches - marks on the body, muscle spasms, which may be an unidentified infectious process and/or results of possible intoxication.