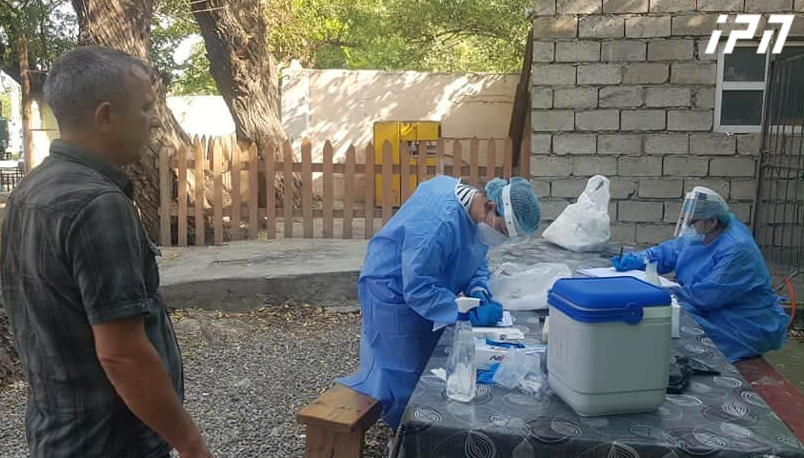 Mass testing of population has been going on since morning in the village of Karajalri in Gardabani Municipality.

As Gardabani Mayor Ramaz Budaghashvili told InterPressNews, 6 groups of epidemiologists are working and a total of 700 people will be tested.

"The process of mass testing of the population has been active since the morning, 6 groups of epidemiologists are working here. 3 of them are from the Lugar laboratory. The samples taken during the day will be sent to the Lugar laboratory,” Ramaz Budaghashvili said.